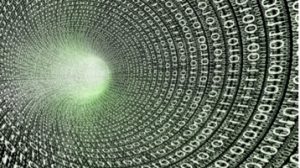 I’VE spent decades building tech businesses based on computer power – often in areas such as security and encryption.

Until now all of the hardware has been what we call ‘classical computers’, that is machines that see everything in numbers made up of 0s and 1s.  This binary processing makes things easy for machines by breaking down information into bits that are made up of one of either two states: ‘On’ or ‘Off’.

Classical computers have got us a long way but they have limits, especially when it comes to modelling things that have lots of variables.

It’s like in the old story about the King’s Reward: you start with a grain of rice on one square of a chess board and double it every square. For the first few rows on the board you are talking trivial amounts, but by square 64 you have a mountain of rice as big as Mount Everest.

This kind of exponential issue is common in nature and in many complex interactions. Thus, if you want to see exactly how a bio-chemical process takes place you need to model the behaviour of millions of molecules as they interact with other molecules.  You need a machine that could calculate how one electron interacted with another, and how this interaction affects every other electron nearby.

Just like in the story of the rice and the chessboard, it’s easy to model ten or so events, but once you get to the big numbers the complexity becomes so hugely complex that even giant classical computers can’t cope.

This is where quantum computing comes in and why it’s been talked about since the 1980s as a necessary revolution in computing.

As most know, quantum states are when a particle exists simultaneously in different states. If it were possible to build a machine to exploit this fact, called superposition, then the amount of information that could be simultaneously considered by such a machine could be hugely greater than that handled by a classical computer.

In effect, a quantum computer uses the properties of quantum mechanics to do many calculations at the same time.

Quantum computing does not help for all problems but it does mean that some complex problems that would take a billion years to solve using a powerful classical computer could, with a quantum computer, be solved in minutes. Instead of looking for a needle in a haystack by checking each stalk of hay, one by one, a quantum machine could turn over all the stalks of hay at the same time.

Until this summer quantum computing seemed to a Holy Grail, like Nuclear Fusion, something that was at least a decade away from realisation, If then.

Well, recently, Cambridge’s Ilyas Khan told me that there were currently a significant number of serious quantum computing projects in the West, with backing from big names like Google, Fujitsu, Raytheon, Intel and BT.

Nearly a billion dollars is being spent on actual physical projects and IBM even has a small quantum computer available for anyone to use via the Cloud. Nearly 20,000 people have done so, including intrepid Antarctic scientist Christine Crobett Moran.

Cloud access is important as to get a quantum computer to work is technically challenging and involves isolating the quantum calculator so that its quantum properties are not cancelled out. Often you need to cool key parts down to temperatures colder than outer space then communicate with those parts, the so-called quantum bits (qubits), by microwave resonance. So, you are unlikely to be wearing one on your wrist anytime soon but you can access one via the Cloud.

This IBM on the Cloud has just five qubits but some projects are now talking about this year getting 32 qubits to work, or even, in Google’s case, to 49 which is near the size that a quantum computer starts to outperform a classical computer. Edward Snowden told us three years ago that the NSA has a quantum computing project.

The goal is of course something much bigger, in the hundreds of qubits, at which point the real-time modelling of biochemical reactions and many complex problems becomes a reality. 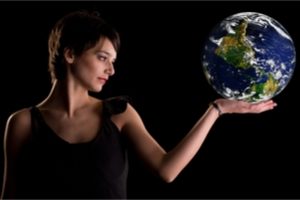 This is clearly a problem but let’s look at a positive application instead…biochemistry provides an example of a use for quantum computers because of another, separate, revolution that I have already written about, one that is already happening – gene-editing.

This Crisp-Cas9 gene-editing breakthrough has already happened (see my previous blog post: Our Genes Define Us… Or Do They?) and is about to sweep through the world as more and more uses are found for this new, cheap, easy and reliable way of swapping out, inserting or masking individual genes, in anything. (A pioneer is Professor Jennifer Doudna and she is spending a lot of time outside her lab to explain the implications of gene-editing to the world. Her book ‘A Crack in Creation’ is a great read.)

Clearly this kind of intervention in the basic biology of life needs care and part of the care will need to be finding out much more about how genetic change alters base-level bio-chemical processes. Of course, we can see the results and do tests once we make changes in the genes, but it would be better to have accurate models that really show how altering this gene or that, perhaps with good intentions, affects how this or that chemical compound is processed.

Quantum computing gives us the calculating power to do this level of modelling and so better understand the processes we are now able to change though the technology of Crispr-Cas9. Thus, one disruptive revolution in technology may have just come along in time to help us handle another.

Quantum computing may help us manage the challenge of gene-editing.

We could certainly do with the help.