In a global world, it is important who you are – and even more important to be able to prove it at the drop of hat. Wealth, property and a lot of power all depend on ownership and to own something you have to exist in way that is recognised by the system.

Your vote depends on it, too.

Travelling about with a bag of gold coins tied to your belt is pretty well illegal under anti-money laundering regulations so we all get by with square-shaped plastic keys to our bank accounts. We call them ‘cards’.

But you only get to use them if you can authenticate your title to the liquid assets the accounts contain. Most of the time a PIN number will do but for big amounts (or just that parcel left at the Sorting Office) you will need your driving licence, passport, or a letter to you from a utility company, etc. Often a picture is required.

It’s all a hassle but do-able – unless you are one of the world’s 1.5 billion adults who find it hard to prove who they are. 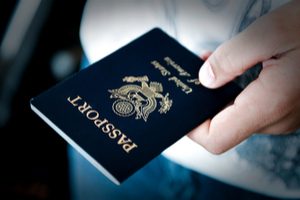 Such ‘lost’ people exist in the true sense that they share our beautiful planet. But because they cannot own property, access the care system or move easily across borders, they are vulnerable to exploitation and crime.

During the feudal era indentity mostly was not a problem. Everyone knew most of the people in their lives, unless they went to the big city. To do that you need introductions, often in the form of letters to well-networked and recognised people.

For the mass of the population in the UK this changed for ever once bicycles became commonplace and ordinary people were able to move well beyond their own home village frequently. The gene pool improved a lot but we also started to need to prove who we were as a matter of course.

Across the globe those billion-plus adults who find it hard to prove their identity are cast right to the bottom of society. Everything is harder for them.

Many of them have lost the ability to attest their identity because of some disruption such as war or conflict. Having moved in a hurry to another place they have to find food, shelter, work and a place in their new society and all of it is harder without an ID.

Until now everyone had to rely on monopolistic registers often kept by a state and laboriously constructed by hand. In the UK it begins shortly after birth when you are taken along to the Register Office near the hospital and someone enters your details on a register and gives you a birth certificate, the start of everything. It’s not much different to the Middle Ages, although computers are used for the typing and printing.

Now the technology behind the crypto-currency Bitcoin offers a solution, and it won’t need a giant state-maintained system to run. This time the real power of data and computer algorithms is harnessed to create automatically an indelible trail that follows you around like a million-mile long piece of string.

It’s all about using the ‘Mutually Distributed Ledgers’ technology that is now spreading rapidly.

These MDLs are transparent, indelible records that are kept not on a single register where they can be verified (as in the Registry Office, or Electoral Register or indeed at your bank) but are held simultaneously on multiple parts of a distributed network out of the control of any single party or person. 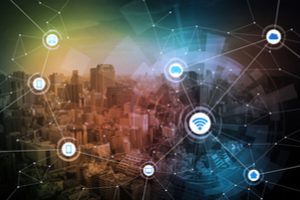 At the heart of the Blockchain is the principle that a user can reveal themselves to others and that their actions are permanently recorded in multiple sites in a way the prevents their alteration or removal. Like digital snails we leave a trail everywhere we go, hence the concept of ‘chain’ of references.

As described in a recent Harvard Business Review article by Michael Mainelli of Z/Yen, typical solutions to the identity problem involving two MDLs, one holding your encrypted documents and the other a record of transactions where they are asked for and offered to others.

Of course documents have to be certified by someone to be valid to start with but once this is done the validity is held for you in the Blockchain without further involvement of the source verifier. For traditional businesses like insurance that are using the new databases, you would expect a lawyer to provide the certificate. But once provided, the lawyer has no more input.

Setting us free: The future of identity and money

For those of us lucky enough to be already ‘official’ the new technology promises much greater efficiency and a way to foil attempts at fraud. Many very slow processes, such as bank transactions, property transfers, etc, which still rely on giant ledgers, retyped onto to electronic files, can now be speeded up immensely by using the calculating and checking speed of computers. Finally your computer is set free from being a glorified typewrite and can show off its real potential. 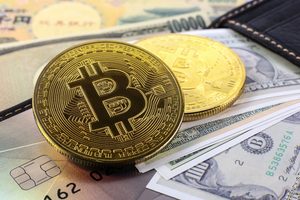 As blockchain technology spreads banks in particular may find their monopolistic business model severely disrupted in a way that retail already has been. Even the nature of money may change as new currencies emerge and people using blockchain to pass value around without going via traditional money.

Currently, sharing sub-economies work by vouchers and rather unfungible equivalents but once blockchain can verify value at speed it could introduce some of the ‘hard cash’ qualities of real money into such value exchanges. For example, many Japanese people use a care exchange system to help look after their families. You know the sort of thing: to help your mum who lives a long way away in the mountains you do some shopping for your elderly neighbour next door and then mail the voucher to your mum so she can claim the same value of help locally to her, without you travelling.

Blockchain technologies used in such systems will make them much faster, tie more systems together more easily and so create parallel currencies to the long-held classics such as your national currency, the dollar, euro, gold,etc

The ‘lost’ 1.5 billion people of the planet will clearly benefit great deal once they can establish their identity, if necessary without any involvement from state registers. If they adapt rapidly to blockchain’s potential they can also use the technology to establish assets through working. Those who have ready cash will not have the same power over those who can only barter as barter becomes more efficient.

In this transformative light, suddenly the word ‘blockchain’ seems rather a poor one. How about ‘Chain Release’?

After all, in this case, technology really does have the potential to set some of us free.