FOR the last few years all we have heard about is how many jobs are going to disappear as the robots take over. 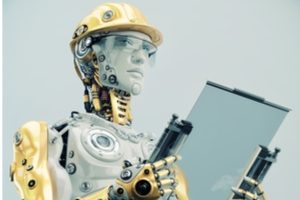 Oxford, Ernst & Young, McKinsey, the World Bank and the rest are all telling us that any repetitive job is vulnerable and about 30% of actual jobs across 60% of fields are at risk in the next two decades.

Machines are getting cleverer, can now teach themselves tricky tasks and, even if they are pricey at first, they run 24 hours a day and don’t argue back. Truck drivers, paralegals, even fast food chefs are all in the firing line. White collars and blue need to worry.

So, watch out for Armageddon as society becomes more polarised, the middle class gets further hollowed out and the richest get richer and the poor get hit – really hard. Even democracy is under threat as the traditional model of a thriving mass of consumer-workers becomes a thing of the past.

Others are much more optimistic: yes, old jobs may disappear but human desires will just adapt and we will want new services and new things that won’t come out of the low-cost robot world. New jobs will emerge and replace the old, as they have always done, and we will just benefit from a reduction in costs.

In this debate, people often talk about the growth of sectors introducing tens of thousands of robots, yet still hiring people.

It’s all pretty confusing; as change always is.

The fact is that, measured in the order of a human generation, of say 20 years, this sort of technological change is still unevenly distributed. Globalisation has put all of humanity in the same theoretical boat but many different barriers, gradients and gateways are preventing equal access and exposure to change.

Some of the factors are historical. For example, in communities with high wages, labour shortages and a high cultural acceptance of technology, robots are already taking over repetitive tasks such as operating a cashier desk at a grocery market. Similarly, book-keeping firms are facing tough competition from clever phone apps that help small businesses run their accounts smoothly. Floor cleaning (or lawn mowing) robots are no longer a novelty.

Other factors are down to massive single changes in technology, such as the rise of streaming as a way of distributing music and film. This single tsunami of change closed down an entire retail sector very quickly in many countries and although 60% of the world still has no access to the internet (and so still uses VHS and CD stores), the new generation of satellites I talked about in my last blog will fill this gap very soon.

And some robotic innovations, for example in the medical field, are still at very early stages and are facing scepticism and resistance from the expert class on which they threaten to encroach. Dr Frederic Moll and his surgical robots promise to make the ordinary surgeon, perhaps having an ‘off day’, always as good as the best highly-skilled doctor operating at his or her peak. That’s a powerful threat to parts of a well-established profession, whatever the benefits to wider society.

So while change driven by robots, AI and machine intelligence is coming, it’s still at the ‘lumpy’ stage. As writer William Gibson said ‘The future is already here, it’s unevenly distributed.’ Such change can and will bring great benefits (not least in a potential massive reduction in the cost of goods and services) but it also might bring major downsides.

Leaving aside the ominous warnings from figures like Elon Musk, it’s fair to say that history teaches that many humans affected by sudden change will not be able to adapt and will suffer, without help from wider society.

If we look at the post-war decline of industrial areas in the West we can see now see regeneration in many places, but not everywhere, and only after 30 or 40 years of poverty and decline – years which represent entire lives of many, many people.

The challenge is the current wave of robot-driven change is that it will probably be so fast, so disruptive to social structures and so globally widespread that we may struggle to set up new and effective safety nets – especially if other facts like climate change (or war) or major migration start to have a serious impact.

So, our challenge is not to stop the changes in the world of work, but to create consensus around affordable mechanisms of amelioration.

Clearly education is a key factor as the labourer is one of the first likely targets and the educated person has more chances to adapt and find a new niche for his or her skills. Countries that fail to give their populations a strong education are facing a major social challenge. 20% of the world is still illiterate.

Political debate also needs to include a new look at how society moves wealth around for the widest possible benefit. After all, robots don’t pay taxes and don’t vote so if economic activity shifts to give a lessor role to human work, how will this be reflected in the network of benefits and incentives?

Firms – and the owners of capital – need to consider how changes in how work is done will impact on wider society and they should be fully involved in the political debate. It’s not just about if this or that global multinational pays enough local taxes, it’s about the long-term consequences of leaving a growing mass of people without a proper job. 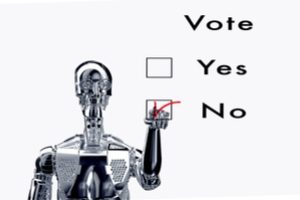 Profits are good in the short-term but in the long-term a firm needs to have the support of wider society.

It was half a century ago but the point remains the same: if we change the mass employment element in the equation of our society than everything else will change: consumption, growth, taxes, benefits, services, perhaps even democratic legitimacy.

If you liked this article, please follow me on LinkedIn.
And if you’d like to talk to me about how I can help to develop your business, contact me at stephen@stephenakirk.com / +44 203 882 0591.