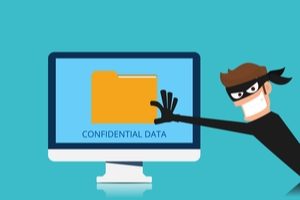 A KEY tech challenge that firms like Google, Facebook and Amazon master superbly – but many fail to handle – are the problems brought by the sheer volume of modern data.

Only 50 years ago, most people’s lives were summed up by a tin box on top of the wardrobe into which they carefully tucked the dozen or so key documents of their existence, many of them hand-written and hand-copied: birth certificates, passports, insurances, pension documents and share certificates, etc.

And then digital happened and a tsumani of data shattered our capacities for thought and judgment.

In my last blog I looked at the GDPR (General Data Protection Regulation, coming into force on 25 May 2018 – https://www.stephenakirk.com/gdpr-rules-prise-away-customers/) and the way it will rob many firms of their customers by undermining the ‘stickiness’ of the data held. Customers can disappear from your firm’s radar and you won’t be able to keep any trace of their whereabouts. They will be able to leave you, ask you to delete them from every file and then take their dataset off to a rival.

In this blog I want to examine how the vast flows of data have swamped some key management thought processes and left us vulnerable to cyber threats.

But first, let’s remind ourselves of analogue data by examining the practices of the highly successful Maurice Saatchi, a pioneer of 1980s advertising, whose firm Saatchi & Saatchi rose to fame just before digital.

When Maurice Saatchi made his daily 25 sales-calls to prospective clients, he recorded his notes on his Rolodex – a wheel of index cards. But he also applied a lot of thought to the process. After all if you carry about even a small Rolodex you only want good information. Bad information in the form of illegible cards, poorly copied phone numbers and names – and people who get angry when you call – palpably gets in the way of successful sales call. 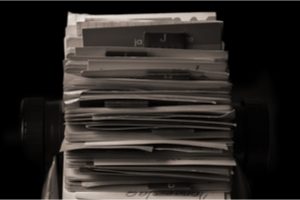 When he rang a prospective client, Maurice would know by experience, or from his notes, what was the best time to call, how to speak, whom in the outer office to be nice to and how to pitch, etc. Each call would be adjusted to the prospective client’s needs. If the ‘Decider’ was out sometimes Maurice would leave a message or sometimes he’d just promise to ring back. All subtleties of human interaction, taking clues from the human voice.

Maurice Saatchi (who got a First from a top university and got his first employer to pay him double the going rate for his first job because he was so demonstrably talented) then applied all his mind to the call. He’d done his research, he was prepared. He was motivated because he believed his new firm could solve the prospective client’s problems and he was polite, persistent and patient, gathering more information from this call to deploy next time.

In other words, his system of data, as he deployed it, carried a lot of highly attuned information. It was just the right data, husbanded and applied at the right time in the right way and then managed in the follow-up. It looked like a simple Rolodex but what stood behind it was all his skill, expertise and drive. Even if someone stole the Roladex, a lot of the data was in Maurice’s head.

We can learn a lot from Maurice. Too many data problems in today’s business world, nearly 30 years later, are due to a lack of expert thought. Just because we can collect the customer data, information, we do. In fact, we pile it up and then we give too little thought to how it is evaluated, kept, managed and cleaned on a daily basis. GDPR is going to highlight this tendency very harshly.

But irrespective of GDPR, every day, some firms are being punished for mishandling their data. And one of the simplest ways to mishandle data, to fail to think hard enough about what you are doing, is security.

Let’s take the recent ‘Paradise Papers’ mega leak from a law firm called Appleby, which looks after clients using offshore for discretion and tax purposes. This firm, dating from the 1890s and world leader in its field, appears to have lost 13 million of its clients’ documents to prying journalists.

I have spent decades leading and founding businesses in tech and cybersecurity and I can think of 100 ways things could have gone wrong.

When data was analogue and in the form of bits of paper, the only way to steal it was via the front door. Digital data can leave that way too, but now it’s also possible to access files kept somewhere remote like Bermuda from anywhere else on the planet. 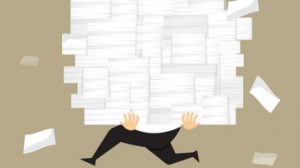 a human being physically steals 13 million pieces of paper, they are seen walking down the street with a pile of paper hundreds of metres high. Downloading 13 million documents to an anonymous account run from the other side of the world could take a few minutes and might be done invisibly.

Appleby got broken into because it was not applying enough thought to its risks, how it manages its clients’ data, how, at every step, it preserved security and defended its own and clients’ assets against attacks or accident in the modern world.

Appleby’s data loss might have been down to an accident that poorly-designed process allowed to happen, or down to a concerted attack by a well-equipped state enterprise that wanted something from the Appleby files and used the leak to cover tracks. Or something in between. We may never know.

What is certain is that Appleby – like millions of other firms, including, maybe yours – must have gotten complacent somewhere. It did not apply enough expert human thought to its data work.

GDPR or not, it’s about time you really started thinking about what really happens inside those whirring grey boxes called computers…

Your business reputation depends on it.