Until recently, patchy cellular network coverage represented a significant barrier to the development and expansion of the internet of things (IoT), in remote areas especially.

Innovative projects in the US would be at the mercy of Verizon Wireless and AT&T Mobility, while rollouts in France would be subject to the vagaries of Orange and SFR. But now new low-power wide area network (LPWAN) network technology has emerged as a game changer in the development of the IoT, making it possible to put up an LPWAN mast in areas where there is no cellular and instantly provide coverage.

Like the IoT in general, LPWAN is not a single standard and it encompasses a number of competing technologies and initiatives, both proprietary and open source. These include narrowband NB IoT radio technology as well as LTE-M, part of Release 13 of the 3GPP standard. There is a whole host of players in the LPWAN market, but two vendors are emerging as the key contenders: France-based SigFox and LoRaWAN, developed by US chip manufacturer Semtech. 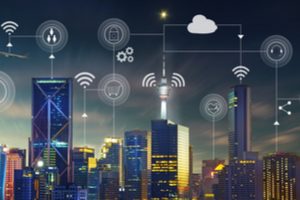 SigFox uses a slow modulation rate to achieve longer range, which means it’s particularly suited to applications such as parking sensors and water meters. A number of SigFox projects are up and running in Western Europe, San Francisco and elsewhere, and the technology has an ecosystem of vendors including Texas Instruments, Silicon Labs and Axom.

LoRaWAN has gained most traction so far in European markets, with support from vendors such as Cisco. It is regarded as having better security than its main rival, and its ability to cover large distances and low capacity means it is suited to applications such as smart city deployments, though users are limited to Semtech’s LoRa chips.

While LPWAN has a great deal of potential in many scenarios, its sweet spot lies in cases where devices need to send small amounts of data while maintaining battery life over an extended period. LPWAN effectively runs off watch batteries, which means that devices can be left to work in remote locations, often for a year or more, making it highly applicable for applications such as smart agriculture. The fact that LPWAN also operates well in dense locations means that it’s suited to emerging industrial applications such as smart lighting and the tracking of assets in discrete areas with RTLS (real-time location/locating systems). 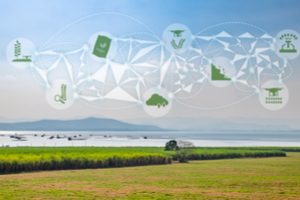 In addition, the technology’s low power characteristics enable overall costs to be kept low; businesses can now create their own highly secure networks and populate them with a host of devices priced from as low as $35. As a result, LPWAN is steadily leading to the establishment of new and diverse IoT use cases across multiple industries and sectors, many of which have never been seen before.

For example, satellite communications firm Inmarsat and IoT solutions company Actility have deployed LPWAN infrastructure in the Rwandan capital city of Kigali in order to turn it into a smart city. The UK’s Bradford Council is developing a project with the local university to use the technology to monitor the River Aire in order to reduce flood risks. And start-up Thinxtra is helping Australian councils gain access to LPWAN-based services including infrastructure monitoring, waste management, asset tracking and environmental monitoring.

LPWAN could be used to manage farm security in the Great Plains, an art installation in Kreuzberg or to track soil moisture levels in a Tuscan vineyard. The possibilities are almost endless, and customers are clearly enthused by the host of new possibilities that LPWAN is opening up. Indeed, with its low barriers to entry the technology is leading to a marked democratisation of the IoT space. All it takes is a good idea.

This piece was first published on the web site of SK Consulting & Investment, of which Stephen is CEO: www.skcinv.com.