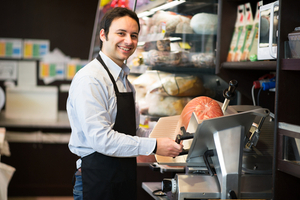 The phrase a “nation of shopkeepers” is often attributed to Napoleon Bonaparte and it’s generally assumed he used it in a negative sense.

In reality, there is very little evidence that Napoleon ever said this and, if he did, he would have probably been meant it positively; echoing Adam Smith who used the expression in “The Wealth Of Nations” to describe the extent to which trading – both national and international – was a key part of British life and the British economy of that time.

I was reminded of this by my attendance at the Great British Business Show last week. From speaking to many of the exhibitors and other attendees, and listening to some of the conference sessions, it was clear that British business is as keen as ever to grow and to trade internationally… which is probably a good thing with Brexit only a few months away!

There was no shortage of advice on all aspects of sales and marketing covering both the online experience (chat-bots, uses of social media, web site development, GDPR compliance etc.) and the offline (training of sales staff, outsourced telesales, databases of potential customers, etc.).

I was particularly struck by a talk from Stuart Alldis of Creative Digital who reminded everyone of Simon Sinek’s talk “Start With Why” highlighting that it is much easier for companies to win business if they have a clear underlying purpose. Going from one extreme to the other, I was then lured into a hands-on demonstration by Watermelon on how to develop a chat bot in 5 minutes… we probably took longer than that but only because I insisted on asking questions!

Given that it’s very difficult to “cut your way to profitability”, it’s undeniably good news that companies are focussed on sales and growing their “top line”. So, it was perhaps unfortunate that the primary reason I attended the show was to get inspiration on ways that mid-sized companies could improve productivity! 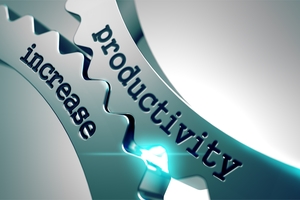 I’ve written before on the importance of improving productivity and the challenges that companies face in doing this (see “Mind The Gap – Time To Look At Productivity”). Whilst there were a couple of IT and process consultants attending, I saw very few genuinely new ideas.

One company that deserves a mention is Minimal a spin-out from the University of Bristol, who pose the question “Are you looking to leverage the power of artificial intelligence?”, to which the answer must surely be “Yes, please”. On a serious note, I was impressed at the way the founders of this business are attempting to bring the benefits of AI to mid-market companies.

I was also pleased to see someone bringing a technology-focussed approach to the old-fashioned (but still relevant) idea of asking your staff what they think! The talk by Jo Spurrier of Berkana gave a really good view of ways in which companies can use their Performance Gap Indicator – to get a fast and detailed insight into what your staff think about your business. This online tool looks like it could be really useful, and I will certainly be looking at using it in companies that I’m involved with.