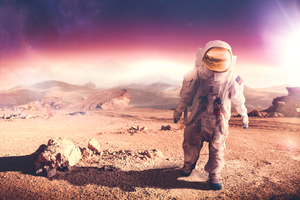 In July 1969 I and millions of other young people – and quite a few adults – looked up at the night sky and imagined we could see with our own eyes the NASA astronauts on their way to the Moon landing.

‘Honky Tonk Women’ was on the transistor radio and the grown-up world, including Rock and Roll, was just pushing its way into my consciousness.

In that year average Mums and Dads in the UK needed £5,000 to buy a home and US car drivers paid 35 cents for a gallon of gas.

The Apollo 11 mission was fulfilling President JF Kennedy’s vow to send humans to the Moon’s surface and get them back safely. In getting there, America decisively won the space race and Mankind made its giant leap to a non-Earth destination.

For me and many people the Apollo programme was all about the Saturn V rocket, its giant engines and fuel tanks, their 35 million Newtons of thrust (as much as produced by 85 Hoover Dams), and the problem of breaking free from Earth’s gravity and reaching the escape velocity of 25,000 mph.

The Space Race seemed to be about power and strength and building the biggest baseball bat in the world to thwack a spaceship out of the gravity well of Earth and onwards to the stars. It was a big-scale achievement, like building the Pyramids, or the Great Wall of China.

Except, as we look back on NASA’s decade-long effort to put Mankind on the Moon, it is actually something that was nearly invisible then that turns out to have most transformed our world and been the most important legacy of the Apollo programme.

Microchip on the moon

I’m talking about the microchip, the integrated circuit which puts all a circuit’s components on one chip of silicon and connects them with printed copper lines.

This technology was being pioneered just as the Apollo programme began and when the Massachusetts Institute of Technology was given the job of building the vitally important onboard Apollo Guidance Computer, it took the bold decision to use silicon chips for the mission, because of their lightness and robustness. 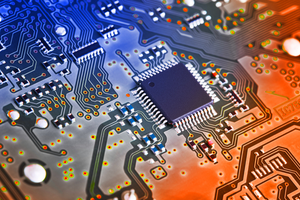 This silicon microchip, now produced by the billion and installed in most new things in our 21st century world, was the invention of Robert Noyce and his team at Fairchild Semiconductor. Noyce, of course was thereafter the founder of Intel, a name you can find everywhere there is a computer.

Silicon Valley and everything now pouring out of it are all the children of the Apollo programme.

The point is that when a giant wave of technological change breaks on the beach of our civilisation the biggest benefits and the most transformative products that it brings to us are not always the ones we first see.

That is because we see everything with today’s eyes and anything that is truly transformative changes the whole context. It’s only once time has passed and we have a little rearward vision that we can see the new paradigm.

In the Analogue Age, when everything proceeded at a pace limited by the speed of saws, the heart of chemical baths, the thud of steam hammers, the glow of iron foundries and clatter of hot-metal printing presses, it was easier to see the novelties because they took years, sometimes decades to come into widespread use.

Now, in the Digital Age, when every new process can be passed to a billion other machines at the speed of light we struggle.

But in such a disrupted and confusing world it is even more important for leaders to stake out a clear target for the group to aim at. To have a clear ‘vision’, whether that is in business or society at large. 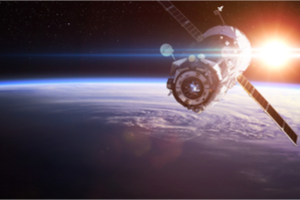 Take Elon Musk’s aim to establish a community on Mars sometime this century so that Mankind makes the step to being a multi-planet species. It’s a highly contested ambition – because it may distract us from properly caring for this Earth, and because even Musk estimates the cost to start with of a ticket to Mars at $10billion per person.

But the clarity of the aim has already motivated first Musk, and then his team of rocket-builders, to vastly improve on the cost of the Saturn V-style mega-project. His first reusable Falcon rockets are much cheaper and SpaceX seems already to be building a revenue stream based around satellite launches that will help fund the Mars mission.

Musk’s clear and focussed vision has already transformed the space industry and is thus an example of how leaders need to be clear about where they are taking us.

Many things may spin off from the work, just as the cheap and widespread silicon chip came out of the demands of Apollo, but without clarity it is impossible to make a big leap.

Back to Earth: Surgical robots

Personally, I am not just interested in Outer Space, but also in other science-driven fields here on Earth where, I suggest, transformative leaps forward similar to the race to the Moon are taking place.

Take medicine and in particular the application of robotics to surgery. One example is Dr Fred Moll and Auris Robotics who are getting machines involved in medical procedures in ways that could bring down costs, speed recovery and generally improve treatment.

The idea is to build robots that can perform specialised medical procedures with a human expert alongside. Such robots don’t look humanoid, of course. Indeed, they may seem like a rather elaborate tube connected to a computer. But unlike traditional surgical instruments that need to be wielded in every function by a surgeon, such robots can not only carry out procedures and parts of procedures but learn from experience and, crucially, share information with other similar robots so their robotic skills base is updated to every linked machine instantly. 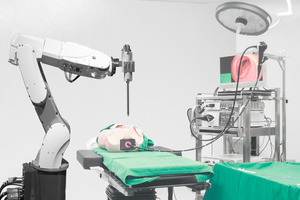 Clearly we are in early days and the robots concerned are specialised and not generalists. But it is not hard to imagine how an advance in, say, sensor quality, that makes all robotic knife-cuts perfect, every time, could transform surgery.

We just don’t know where the next advance is coming from but now we are embarked fully on the digital age, we can bet that every advance can be shared faster and faster, and more widely.

With the pace increasing exponentially, we still need to be clear of where we want to go.

What are your memories of the moon landing? Did you know how important the microchip was in the moon race?